Hinduism has been around for at least past 5,000 years and, in its core philosophy, believes that God is absolute, formless, and only known as Brahman, the Supreme- Universal Soul. Brahman equates with the universe and everything in it, it has no form nor does it have any limits; it is Reality and the ultimate Truth. Hinduism also has numerous gods and goddesses who are said to represent different aspects and qualities of Brahman (Great Spirit xx).  Foremost among the many Hindu gods and goddesses are the Holy Triad of Brahma, Vishnu, and Shiva, the creator, sustainer, and destroyer of worlds (in that order). Sometimes, the three may appear in the form of an avatar, embodied by a Hindu god or goddess. But the most popular of these gods and goddesses are important deities in their own right.

The story of Ganesha, the elephant boy

A long time ago, Shiva and Parvati lived happily together upon Mt. Kailash, until Shiva was called away and had to take a long journey, leaving Parvati alone.

As time passed, Parvati grew more and more lonely, wishing she had a son to cherish and play with. Using her powers, she created Ganesh from sandalwood, turmeric, and from the flesh of her own body. She gave him life by sprinkling holy Ganges water over him, and was overjoyed with her new companion.

After some time, Parvati wanted to take a bath, and asked Ganesh to guard the door of the house for her. She told him not to let anyone pass him, no matter who they were.

Coincidentally, as Ganesh was guarding the door, his father Shiva returned from his journey, and was surprised to see someone standing at the door of his house. ‘Let me pass’ he ordered, but Ganesh refused, telling him that no one would be allowed to enter without his mother’s permission.

Shiva – being quite a quick-tempered god – was enraged that an impostor was preventing him from entering his own house, and proceeded to cut off the head of the young boy. The head flew far into the distance, and the body fell to the floor.

Hearing the commotion, Parvati ran to the door and let out a cry as she saw the body of her son lying on the floor. In floods of tears, she told Shiva that he had just killed their only son, and ordered him to revive the boy.

An elephant appeared through the trees and as Shiva remembered his promise, he took his sword and swiftly cut off the elephant’s head. Picking up the large and heavy head, he took it back to his house and attached it to the body of their son. Giving him life once again, the boy awoke, this time with the head of an elephant.Parvati was overjoyed, and although her son now had the face only a mother could love, she loved him as a mother would nonetheless. To further please his wife and as a mark of respect to his son for the loyalty and bravery it must have taken to guard the door for his mother, Shiva declared that Ganesh would be worshipped first, before any other gods.

Lord of Beginnings, Remover of Obstacles
It is common to see images and statues of Ganesh at the entrances of temples, as a way to protect them from anyone who wishes to enter. Before any festivities or sacred rituals, Ganesh mantras are chanted as a way to bring protection, luck and power to all those involved, and remove any potential ‘obstacles’ that may lie ahead.As well as removing obstacles, Ganesh is known to place obstacles in front of us, so that we may overcome them, in order to learn and grow as people. This is one of the reasons Ganesh is revered before any journey, teaching, or project, as a difficult relationship with the deity can cause problems along the way….

As Ganesh is all about protection and power, much of the symbolism is related to safeguarding us from life’s physical and subtle obstacles.

In Ganesh’s four hands, he holds various objects, as do many deities. These objects are particularly important for symbolising how each deity can help us progress throughout life.In one hand he holds a rope, which represents Ganesh’s ability to help pull us up towards our ultimate goal of realisation and liberation. Another hand holds an axe to cut all attachments with the impermanent and material world we continually grasp for. In his third hand, he holds a bowl full of sweets, which represents rewards for spiritual development. His fourth hand is often shown in a mudra, with the most common depiction of him showing the blessing mudra, which looks almost identical to the Abhaya or ‘fearless’ mudra. This hand gesture is taken by many deities as a way of blessing those who worship them.

The Ganesha mudra represents strength and power, and is also thought to be particularly strengthening for both the physical heart, and the heart chakra. The position of the hands clasped in front of the chest with the elbows wide, represents protection, but also symbolises that our biggest obstacles are often caused by ourselves.

Our own doubts, fears and insecurities are often the only things holding us back, and by knowing this, we may realise that instead of seeking outside of ourselves for the answers to life’s problems, the real work lies in removing our own obstacles. 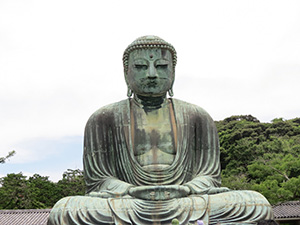 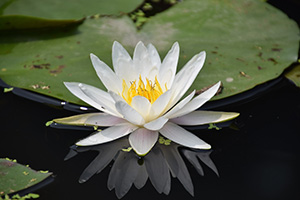